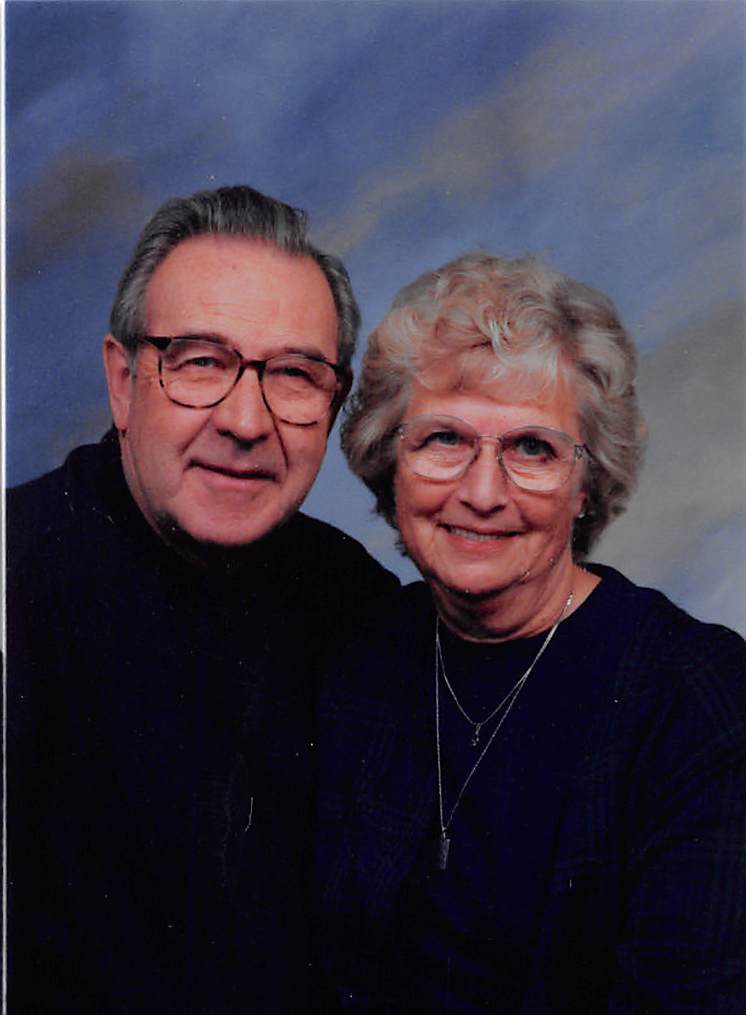 Born in Springville, UT to Jessie and Harvey Bryan, Sr. on April 19th, 1929, the family relocated to Wolf Point, MT in 1936 and Keith made the small town of Wolf Point his home. He was a graduate of Wolf Point High School and received a business degree from the University of Jamestown, ND.  While attending the University of Jamestown, he met the love of his life, Mary Joan (Jo) Whitten.  They were married on March 5, 1951. Keith and Jo went on to raise four children together in their beloved small town of Wolf Point.

Keith was a pillar of his community and involved in many activities, including years of refereeing High School football and basketball games for the local school.  He was active in his church, served his community as Mayor, and enthusiastically supported numerous local organizations. Keith was a life time member of the Elks Club, frequently served pancakes with the Lion’s Club, worked on various Stampede Committees to promote successful events in Wolf Point, and supported small businesses whenever he could. He lived a life of generosity, service, and selflessness.

Keith was a proud supporter of the Shriner’s Hospitals for Children and shared their incredible mission with others who were in need. He was a member of the Al Bedoo Clown Brigade and served as Potentate of the Al Bedoo Temple in 1980. He loved children and bringing smiles to their faces.  His grandchildren have fond memories of sleeping in grandpa’s lap, boating and waterskiing with him at the lake, playing in his clown car in the Stampede Parades, swinging on the tree swing in the backyard of the home he built with Jo, and riding in the back of his El Camino to the Tastee Freez to get a summer ice cream cone.

One of his greatest passions in life was his local business on Main Street, Bryan’s Family Clothing and Shoes.  Bryan’s was originally established by Harvey Sr. in 1942. Harvey Jr. and Keith took over operations and were partners for several years before Keith purchased the business to run independently. Keith took pride in providing necessities for his small community and his ability to meet their needs. He could always be found straightening the wranglers on the shelf, sizing individuals for the perfect fit, or lacing up a new pair of shoes for an eager customer. He worked at Bryan’s daily well into his 70’s.  He retained ownership until his death with his daughter, Jan, at the helm. The pride he had in each of his businesses throughout the community could be heard in his stories of the many happy customers, new trends that he saw at market, or what products he brought in for the community. After 78 years in business, Bryan’s continues to be a staple in the community of Wolf Point and will forever be a part of Keith’s successful legacy.

Born in St. Joseph, Missouri, to Hugh and Marion Whitten on May 9th, 1931, Jo spent her younger years traveling with her family as her father’s job as an Engineer for the Northern Pacific Railroad frequently moved them to various places.  When Jo turned 12 she was excited to become a big sister to her brother Russ.

Jo graduated from Jamestown College in North Dakota with a degree in English. It was during her school years at Jamestown that she was fortunate enough to meet the love of her life, Keith Bryan. Keith and Jo married on March 5th 1951 and went on to raise four children together in their small, cherished town of Wolf Point, MT. Jo was eager to share that Wolf Point was the first town she lived in for more than two consecutive years. She went on to make Wolf Point her home for 69 years.

Jo dedicated her time to raising her children and serving her community.  Together, Keith and Jo ran the successful family business of Bryan’s department store. Never one to shy away from a challenge or an opportunity, Jo supported Keith in many successful business ventures throughout their marriage.  When their children were old enough to work, Jo and Keith purchased an A&W Root beer franchise and hired their kids and other local high school students as car hops, cooks, and more.  Jo loved to share stories of how the A&W root beer was made and the time it took to get the flavor “just right”.

Jo was a member of many community organizations and humbly gave back to residents of Wolf Point each and every day.  She was a long standing member of Eastern Star, served as the Presbyterian Church secretary for many years, and also served as the secretary for the Riverview Home for children when it was first established. Jo was a strong supporter of the Al Bedoo temple and stood proudly by Keith when he served as Potentate in 1980. Jo enjoyed entertaining and having gatherings in her home and community.  She loved cooking and always had a new recipe to share. Her grandchildren will never forget her famous Swedish Meatballs at Christmas time that were sent frozen in coffee cans through the mail to their homes. Though she could never tell you the exact recipe, we know they tasted so good because they were made with love. Jo never let bad grammar go uncorrected, or elbows to be on the table at dinner time and knew that good manners were a necessity in life.  She could always be found playing cards with anyone who would challenge her to a game. She especially loved playing Bridge and always encouraged playing for money.  She was eager to teach new card players the tricks of the games and to help them to learn to play strategically. She would then laugh and encourage another game after she beat you at cards again. After retirement, Jo spent many days on the lake at their home on Ft. Peck Lake and enjoyed time at the beach in Mexico and Oceanside, California.

Jo was preceded in death by her beloved husband of 69 years, Keith Bryan; her parents, Hugh and Marion Whitten; and treasured son-in-law, Jerry Fossen.