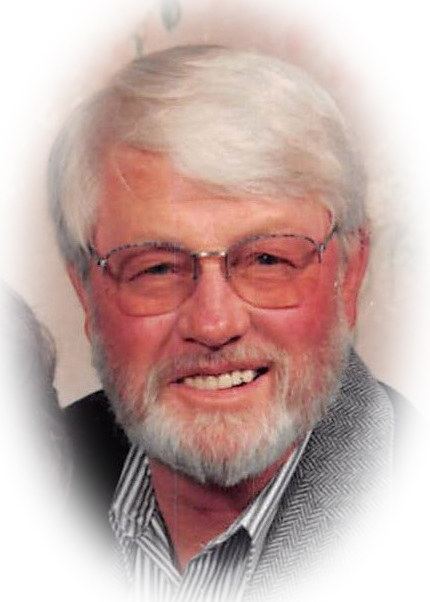 Our dad, Loren Willis Houg, passed away peacefully at the Northern Montana Care Center in Havre, Montana on Monday, April 22nd, 2019, after a long and valiant battle with Alzheimer’s and Parkinson’s. Dad was born to Grandpa Herbert and Grandma Dina (Wille) Houg in Wolf Point, MT on July 24th, 1939, minutes before his twin brother, Larry. He grew up north of Wolf Point in the Benrud community attending country school and helping on the family farm. After Dad graduated from Wolf Point High School in 1957, he joined the army and was stationed overseas in Guam and Okinawa. After his service he came back to the farm to work alongside Grandpa and Uncle Doug. At that time he reconnected with and then married his high school sweetheart, our mom, JoAn Hanel, on January 7th, 1963. It was on Houg Farms that they lived and worked together while raising us four children, Marc, Rebecca (Becky), Loren (Bruce), and Tonya.

Dad’s love of farming and raising Red Angus cattle was evident in the time he spent working with Mom and Uncle Doug on the farm, as well as, the hours reading and studying in order to build up the farm. He was a member of the NFO where he was chosen Farmer of the Year in the 1970’s. Dad was a member of First Lutheran Church in Wolf Point where he was an usher many Sunday mornings. He served several years on the Frontier School Board during the time we attended school there. Dad enjoyed “shaking a leg” at VFW dances, attending the Stampede events, having coffee with the neighbors, and attending bull sales. Dad was always ready and willing to lend a helping hand to anyone who needed it or asked for it. He developed a love for lapidary work which became his winter hobby. Dad created many beautiful pieces of agate jewelry and became quite adept at faceting semi-precious stones. Dad’s sense of humor was known and appreciated by all his family and friends. He was always tickled when given the chance to tease Mom, the grandmothers, and aunts. Dad was one heck of a story teller, too. I’m sure anyone who knows him can recall at least one or two of his stories. They always ended with his signature chuckle. We will surely miss that chuckle.